At the height of the Great Depression, whole families were uprooted. Many wandered, seemingly aimlessly, about the country searching for work. They were indescribably poor. They were dirty and hungry and despondent. Some days, a 10-cent candy bar served as a meal for an entire family. A five-cent bottle of Coca Cola was a luxury. Even so, people still spent that five cents and indulged themselves. Sometimes you just have to spoil yourself.

At least one man noticed this phenomenon. He was a banker in Quincy, Fla. named Pat Munroe. He marveled at the fact that dirt poor farmers in his small hometown still seemed to have the money for the occasional Coke. He also marveled at the relatively cheap price of Coke stock. At the time, a single share went for $19. The company had more money than that in the bank. He urged his customers to invest in the stock, even if it was just a single share. 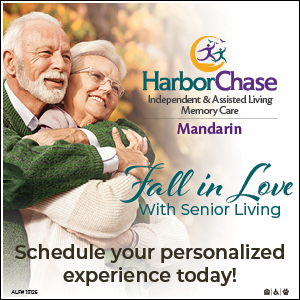 “Mr. Pat” was a trusted member of the community. He was their banker. They relied on him for the loans that allowed them to plant each spring. Quincy is a little town northwest of Tallahassee. The population was about 3,800 during the Great Depression and about 7,000 today. The principal crop back then was tobacco. Some of Pat Munroe’s customers took his advice and bought what stock they could. Never a lot. Who had the money back then?

The investment paid off, probably even far beyond the wildest dreams of the town’s trusted banker and his following. Over the years, Coca-Cola stock grew and grew and then grew some more. The price went up. The dividends went up. Eventually, Quincy, Fla., named after President John Quincy Adams, became the wealthiest city in America. At one time, the town boasted 67 “Coca-Cola Millionaires.”

A single share of Coke stock, purchased for $19 in the 1930s would now be worth more than half a million dollars — more than $10 million if you had reinvested the dividends. This year you would get more than $15,000 a year in dividends alone. Even better, that dividend has gone up every year for the past 57 years. Not bad for a $19 investment.

The good citizens of Quincy were not the only ones to benefit. SunTrust Bank was the underwriter of the initial public offering of Coca-Cola stock way back in 1919. The bank was paid $100,000 of Coke stock for their troubles. A little over a decade later, the value of the stock had been cut in half. Many people might have panicked and sold. Cut their losses. SunTrust did not. They held the stock certificates in a vault for decades. Another vault at the bank held the secret formula for Coca-Cola.

In 2012, SunTrust finally sold those shares for nearly two billion dollars. The return on investment was nearly two million percent! Now, that may sound like a great deal — but the value of that stock has gone up another billion dollars since they sold.

Scott A. Grant is a local columnist, author, speaker, and historian. By day he is a fiduciary asset manager and president of Standfast Asset Management. He welcomes your comments or questions at scottg@standfastic.com.