By Scott A. Grant
mail@floridanewsline.com

If you want to understand Florida politics, you need to understand Sidney Johnston Catts. Known as the “Cracker Messiah,” Catts rose from obscurity to seize the governor’s office in a whirlwind 1916 campaign. The spectacular and improbable election led to a four-year term in office that is still one of the most colorful and controversial in Florida’s rich history.

Catts was born in Alabama and educated at Auburn. While still in Alabama, he ran for Congress. Catts ran a conventional campaign and lost badly. He would not make that mistake again. Shortly after the loss, Catts had a “Come to Jesus” awakening at a camp meeting. He remembered himself clinging to an ‘ole brown stump shaking with religious fervor. He became a Baptist minister in his home state. It did not pay well. One Sunday when his congregation ignored a call for donations, he quit. 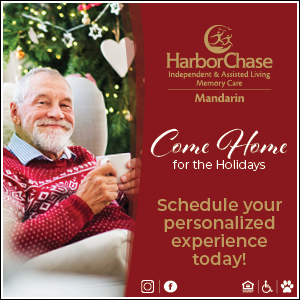 Catts relocated to DeFuniak Springs in Florida and took up his ministry there. Disappointed in his $100 a month salary, he quit again and became an insurance salesman. One benefit of his new job was that it would allow him to travel the state campaigning for the office of governor. He spent the better part of a year traveling back and forth across the state, often to small communities that had never seen a governor before. He bought a Model T and fitted it with a loudspeaker. For many poor rural Floridians, this would be the first car they’d ever seen.

Catts, who often spoke of himself in the third person, spread his message and raised funds as he travelled. The message was anti-booze and virulently anti-Catholic. In his mind, the two went together. “Rum and Romanism.” The Catholics, he told his listeners, secretly controlled Florida. Despite being less than 5 percent of the population, Catholics, he alleged without merit, held two-thirds of the jobs in Tallahassee and were also in control of the press. Catts was there to warn the good hard-working protestants of the great state of this menace. As his campaign stressed, there were only three things the “Florida Cracker” could trust: “God Almighty, Sears and Roebuck, and Sidney J. Catts.”

Catts and his campaign alleged massive voter fraud and entered the general election as a third-party candidate. He ran on the Prohibition ticket. He took to the road again and spread the word of the stolen election. During that campaign, he announced that a group of Catholics from Apalachicola were planning to assassinate “old Catts.” From that moment on, he wore a pair of loaded six guns on his belt to defend himself.

In November 1916, Sidney Catts won the governor’s race by 9,000 votes. He remains the only third-party candidate to win that office. He would remain Florida’s governor throughout World War I. Shortly after America entered the war, Catts announced that the monks at St. Leo’s, near Tampa, were plotting to arm Florida’s blacks and overthrow the government in favor of the Kaiser. Furthermore, once the Kaiser ruled, the Pope would be relocating the Holy See from Rome to San Antonio, Florida. Public schools and Baptist churches would be closed. Rather than being met by universal ridicule, this just made Catts even more popular with his base. This was exactly the sort of menace the voters had elected the gun-toting demagogue to protect them from!

Catts was accused of selling offices and pardons. One story held that famous murderer JJ Mendenhall acted as his agent at Raiford, recruiting white prisoners willing to pay the governor to get out of jail. Catts beat those charges. Then a federal grand jury brought charges that Catts was holding two black men as slaves on his plantation. Allegedly, he had pardoned them in exchange for their agreement to lifetime peonage. I guess they thought that was a good deal. His first reaction to the charges was to announce that “My political opponents just won’t let me alone.” Catts beat those charges as well.

Scott A. Grant is a local columnist, author, speaker, and historian. By day he is a fiduciary asset manager and president of Standfast Asset Management. He welcomes your comments or questions at scottg@standfastic.com.