If you’ve ever been to Deerwood Country Club, there is a good chance you’ve seen or heard of Jim Lohbauer. He has been the pro there for the last five years and is one of the only two in North Florida to have the title, PGA Master Professional in Teaching. It is the equivalent of a doctorate and out of 20,000 pros in the United States, only 340 of them have that designation.

Lohbauer spent half his life in New York, until he moved to Myrtle Beach for college. After that he started teaching professionally at a private club in Charlotte before finally making his way to Jacksonville, where he now lives with his wife and two children. 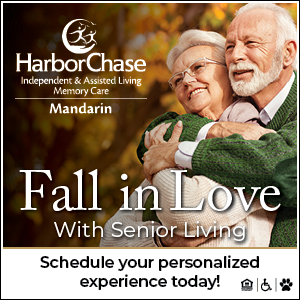 I started very late, getting my first job at 13 picking balls at the range. There was a local pro there who took me under his wing. At this time I knew nothing about golf and no one in my family played it. I just played around and progressed with help from the pro. After going to a two-year college in New York, I realized I could be good — and that’s when I moved to Myrtle Beach.

Early on when I was learning the game, players like Ernie Els or Sam Snead come to mind. They are players that have a classic, smooth rhythmic swing. Now that I’m older, teaching is the most important thing for me, so I just like to grab some good information from a lot of different instructors.

It’s a lot of fun. I love what I do and I love the members. They’ve really embraced me and my family since day one. It’s a unique club compared to anywhere I’ve been around and it has a great history. I know previous pros who’ve worked here and they share that same sentiment. We all believe it’s a family-first premier private club with long time members throughout multiple generations. I joke around that I’m the “VP of Fun.” I spend most of my time front and center with members and little in the office; that is what makes it enjoyable.

Probably the hardest things to teach are both the mental side and course management, because everyone has different personalities. It’s important to stay in the moment, not get ahead of yourself and approach the game one shot at a time. Even with all the new equipment coming out, the game is still not getting any easier.

How late I got involved with the game. Some people probably think I’ve been at the game for a long time; however, no one in my family is remotely close to golf, not even on my wife’s side. My dad was always more of a football and baseball guy. I feel blessed that I’ve found something I love to do.

Bonus: Have you ever played with anyone famous?

The most famous would probably be Michael Jordan. Back when I was in Charlotte, I got to play a few holes with him. He brings an entourage with him and they all have their own carts. It was very adventurous and fast moving; it was even hard to keep up with him. To me it wasn’t as enjoyable because of the speed he played; however, I did get to talk with him afterwards, which was pretty awesome.